Part of camping in the brisk fall is having the best fall drinks and desserts on hand. You can make them ahead of time or even make them in your Texas RV. Stop in at a South Texas RV dealer — ExploreUSA RV Supercenter — if you need any accessories for your trip. Or, if you are in the market for a new or used Texas RV so you can enjoy the crispy fall air while sitting around a campfire stop by and look at our RVs. We have something for everyone, whether you need something small or you want something big enough to take family and friends on a trip.

Cut a 4-inch square of cheesecloth. Add the nutmeg, allspice and cloves to the center of the cheesecloth, then tie it in a bundle. Pour the cider into a large pot. Add the cinnamon sticks and the bundle of spices. Boil the mixture until it reduces by about half. The less you boil it, the less spicy it will be, so if you want a good flavor reduce it to half. Serve hot or cold (hot is always better, especially on a cool evening by the fire). 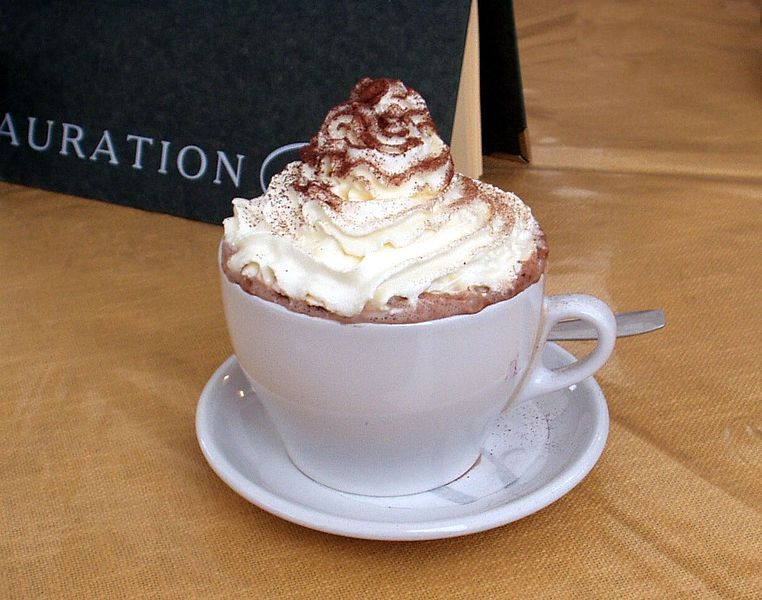 Place the first three ingredients in a saucepan. Add the boiling water. Turn the heat on high and constantly stirring the mixture, bring it to a boil. Boil for 2 minutes while constantly stirring. It will burn if you do not stir it. Stir in the milk and heat the mixture until it’s hot — do not let it boil, as you will scald the milk. Remove the pan from the heat, then add the rum flavoring. You can substitute vanilla if you don’t have or don’t like rum. Divide the mixture between four large mugs (this recipe is for eight servings, but a serving isn’t hardly enough). Add the half-and-half to cool the cocoa down to a temperature your mouth can handle. Top with whipped cream or mashmallows.

This is called hypocrite apple pie because everyone will think you made it from scratch.

Using a fork, poke holes in the bottom of one of the piecrusts. Bake it at 350 degrees Fahrenheit for about 5 minutes. Add the apple pie filling. Sprinkle the spices and brown sugar over the top of the filling (yes, the pie filling already has the spices, but not nearly enough). Use your judgment in the amounts — it depends on whether you like a lot of cinnamon flavor or prefer a sweeter taste. Flip the other piecrust over the top. Crimp the sides in the way you would if you were making a real homemade pie. Cut decorative slits in the top of the crust. Paint the crust with the mixed egg. Sprinkle white sugar over the top of the pie. Normally, the edge of the pie browns a lot faster than the center, so lightly crimp some foil around the crimped part of the crust. Bake at 350 degrees Fahrenheit for 50 to 60 minutes or until the pie is properly browned.

1 tbs. butter
24 marshmallows
½ cup milk
½ cup canned pumpkin (plain, not the one with all the stuff in it, though if you do use that, you can leave out the vanilla and pumpkin pie spice)
1 ½ tsp. pumpkin pie spice

Heat a large skillet on medium heat. Add the butter and stir it until it’s melted. Add the marshmallows, milk and pumpkin. Stir continuously until everything is melted and the mixture is smooth. Remove the pan from the heat, then stir in the vanilla and the pumpkin pie spice. Cool at least 30 minutes.

While waiting for the pumpkin mousse to cool, make the topping. Pour the heavy cream into a large bowl. If you have ice, crush it, put it in one bowl, then put a smaller bowl onto the ice and push it down so the ice is all around the sides of the smaller bowl. The topping will mix quicker and stiffer.

Whip the cream until it just starts to form soft peaks. Add the confectioners’ sugar. Beat the mixture until stiff peaks form. Fold the whipped cream into the cooled pumpkin mix, then pour into dessert dishes (ramekins, parfait glasses, chocolate shells, etc). Cool for at least 2 hours, then serve.

Stay tuned… our next blog will highlight decorating your RV for the fall — to make it feel cozy and festive!